in-ga.me: You launched your current project “Auro” a few days ago on Kickstarter. Can you describe what the game is about?

Keith Burgun: “AURO is a turn-based tactics game. The core mechanism of AURO is using your tactical abilities against those of monsters. The challenge of the game is all about coming up with creative ways to kill large quantities of monsters and move through levels quickly.”

in-ga.me: You describe Auro as “innovative” and “ground-breaking” – can you explain what you mean by that?

Keith: ”Honestly, answering this question requires some up-front exposition. I’ve been accused of ‘listing a bunch of things that AURO *doesn’t* have instead of explaining what it does have’ by some people before. This is because in my view, videogames have long had a problem of being way over-complicated. That statement also requires some qualification, however, because I don’t mean that videogames are ‘too hard’, or ‘too interesting’ at all – quite the opposite. I think we’ve developed this twisted sense that difficulty and interestingness comes from complexity in games, but you have to understand that there are two kinds of complexity: inherent complexity and emergent complexity. The greatest games in history almost always have low levels of inherent complexity and high levels of emergent complexity (thus the mantra, easy to learn, difficult to master). So this is the goal with AURO – I don’t want anyone to get the wrong impression and think that I’m taking things out because I want the game to be ‘casual’ or something. It’s that I want it to be well-designed and be a game that can be played forever.

AURO does away with a ton of videogame tropes; things that you expect to see in every videogame these days do not appear in AURO. The biggest examples would be that there are no experience points, no minimap, no equipment system. AURO is more like Tennis or Go or something – it’s not about ‘seeing a bunch of content’, it’s about exploring the possibility space.

Other things that it does differently: our animation system and dialogue system are both decoupled from gameplay. Meaning, you, the player, never has to sit there and wait for even a second while animations or dialogue plays out. You can just keep going and playing.

Also the scoring system is unlike scoring from any videogame I’ve ever played, in a couple of ways. Firstly, the numbers are kept low (like, under 100), because I find that human beings have difficulties feeling the meaning of numbers greater than 100. Further, the things you get points for are made very clear, so that you understand what a score means once you get it. Finally, we’re doing high-scores in a totally new way, which I can’t go into great detail on now, but as an example: you’ll be able to challenge a friend to a high score match over a given period of time.

The biggest difference between AURO and almost all videogames is that it has a strong design philosophy behind it. Sorry about the long answer, but it’s not a question I can answer without this kind of explanation.”

in-ga.me: Why did you choose Kickstarter over other crowdfunding services?

Keith: ”No real reason that I can think of.”

in-ga.me: How did the team get together? Who is working on the game and are you still looking for more game devs to join you?

Keith: ”Currently the team is myself, Blake Reynolds (our lead artist) and Ido Yehieli (lead programmer). Blake and I worked on 100 Rogues together, and also, he’s my housemate! Ido signed on with us about 6 months ago in response to an online request for a programmer. We saw his fantastic programming work on Cardinal Quest and were like ‘oh yeah!’ We’re not currently looking for more developers.”

in-ga.me: Who is responsible for music and sound for Auro?

Keith: ”The sound that’s currently in the game is done by me. We’ll see how it goes, we may continue to allow me to do the sounds but maybe not. As for music, the stuff for Story Mode is by Blake, and the stuff for the regular game is by me. Blake and I met when we both attended college for composition, I should mention.”

in-ga.me: What are the challenges of developing a game when each member is located in a different country?

Keith: ”Honestly, there are days where I talk to Ido who’s half a world away more than I talk to Blake who’s 10 yards away! So I don’t think the challenges are that great. My primary way of communicating with people these days is via instant messaging, so it means almost nothing that Ido lives so far away.”

in-ga.me: When Auro is fully backed on Kickstarter, it will be released in late 2012. Do you have any plans if the game will not be fully backed?

Keith: ”Yes. We plan on finishing the game as soon as possible, no matter what happens. However, it will be a lot more difficult without any funding. We’ll all have to take on more side projects in the mean time.”

in-ga.me: Auro is announced for a great number of platforms. What are the challenges in porting to various platforms, especially from PC/Mac to mobile devices?

Keith: ”Well, we’re going to have to redesign the HUD for PC. Other than that, I’m not sure yet as I haven’t started the porting process yet. I think it shouldn’t be too bad, though.”

in-ga.me: WP 7/8 users are curious – will Auro be released on this platform as well?

Keith: ”We’ll look into it. I just quickly googled HaxeNME porting to Windows phones, and apparently the C# target is currently the issue. So, honestly, it’s up to the HaxeNME people. If they can get the C# target down, then yes is the answer (we may be able to get on Xbox Live Indie Games that way, too).”

in-ga.me: Speaking of cross-platform: Will it be possible to play the same game on several platforms? Starting the round at work, saving it, then coming home to finish the same round I’ve started at work?

Keith: ”This functionality will almost certainly not be available at launch, but it is a nice idea and so we will look into the possibility of it. Certainly if AURO is a financial success it will help give us the flexibility to do something like that.”

in-ga.me: Thank you for the interview!

Stagconf 2011 – Alexis Kennedy: "War Stories: What We Learnt About Building Complex Narrative With Basically No Resources" 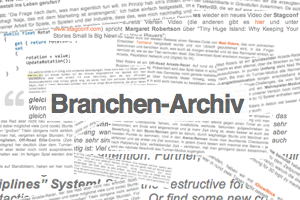